I don’t even know how these amaranth sandwiches came together but I am dead proud this experiment came out as a winner! I didn’t know where I was going thoughout the recipe process but the sandwich itself is a muesli bar that I make quite often when going on trips.  And I somehow wanted to incorporate that magical bean buttercream I have been using a lot. Since I have made that thick ‘vegan bean cream’ I have used it in so many recipes for example in the chocolate slice with vanilla coffee cream. I love the texture of really thick cream while knowing that it is actually healthy through those beans which are the secret to this magical vegan dessert dream. 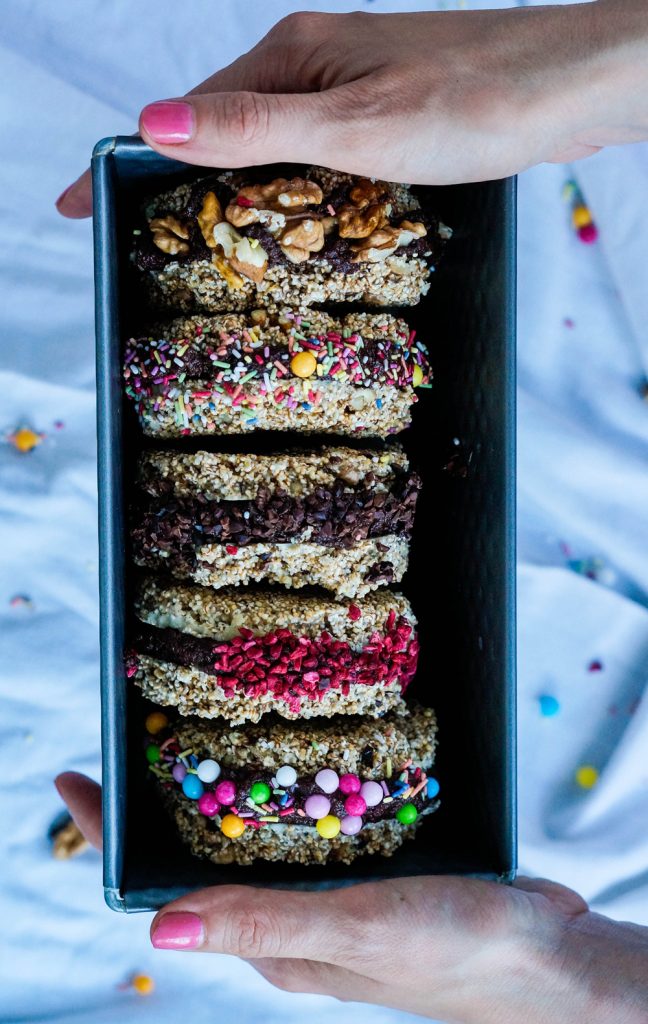 So I literally slapped the cream between those amaranth sandwiches and rolled them in nuts, dried fruits and some sprinkles .  A word about popped amaranth in case you haven’t used it before. Because it is actually a wonderful glutenfree grain. It is actually not a grain it is a seed. The lysine in the amaranth makes it a complete protein, as it contains all essential amino acids. Amaranth’s protein content is about 13 %, or 26 grams per cup, which is much higher than for most other grains (long grain white rice has only 13% protein!). One cup of uncooked amaranth has 31 % of the RDA for calcium, 14 percent for vitamin C, and a whopping 82 percent for iron. So amaranth is a really good choice!

For this recipe I used popped amaranth. When it is popped you will get that distinct nutty, roasted flavor almost like popcorn which I love. I have been wanting to use amaranth to make a cake crust for ages now.  But one step at a time – let’s focus on these beauties. They might look like icecream sandwiches but think of them as a muesli bar with chocolate cream in-between. However you will call them, I promise, you will love them! 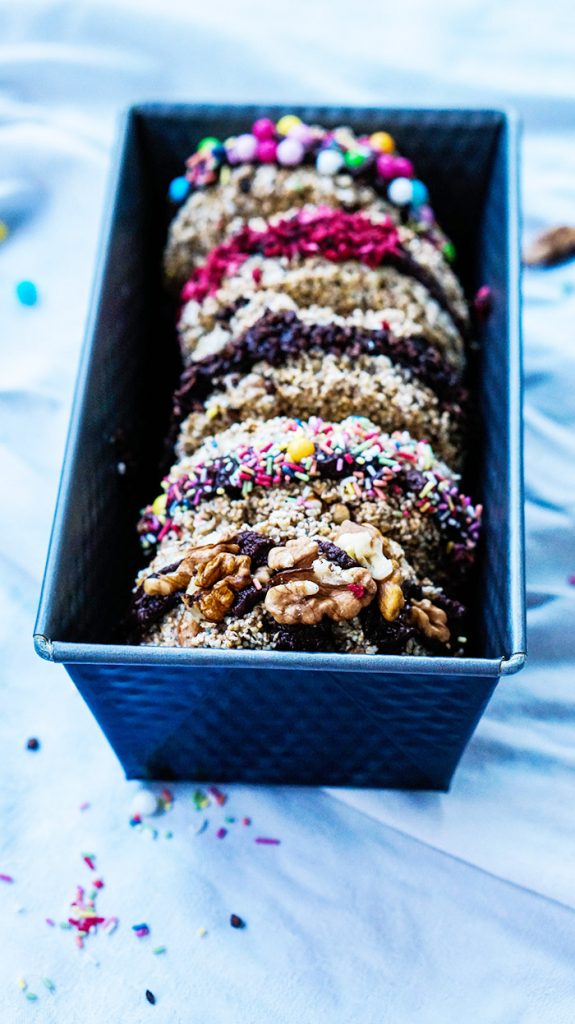 In a large bowl mix the amaranth, salt, flaxmeal and ground cashews and put aside. Melt the cocoa butter in a double boiler and add the vanilla essence. Now pour the melted cocoa butter into your bowl and mix well with a big spoon. Spread the mixture on a lined baking tray and let it cool in the fridge. Once hardened grab a round cookie cutter and cut out the sandwich shapes.

In your high speed blender or food processor blend the dates with the water and coconut milk first. Then add the all remaining ingredients.  This should form quite a thick creamy texture. Spread the cream between the sandwiches and decorate with nuts, sprinkles and dried fruits.